Into The Wild with Bear Grylls and Ajay Devgn 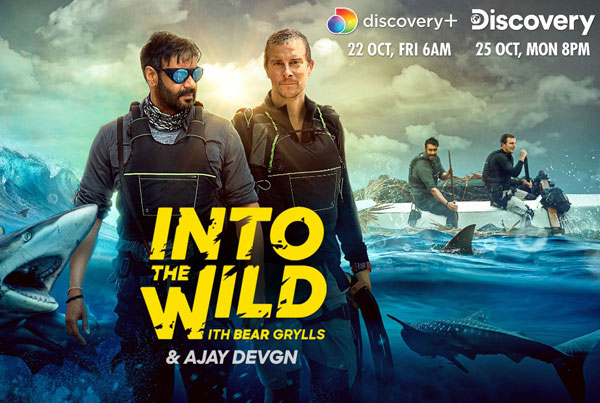 After taking the likes of Rajnikanth & Akshay Kumar deep in to the Jungles of India, worlds greatest adventurer and survivalist Bear Grylls flags off the brand new season of Into The wild from deep ends of the dangerous Indian ocean. Bollywood’s lion Ajay Devgn joins Bear Grylls for an epic remote desert Island survival episode.

Ajay is known for his larger than life stunts, action sequences and power pack performances but will he be able to survive on an uninhabited island, here his nemesis are not Bollywood villains but deadly predators like sting ray’s & sharks. Will he find his way out? or will he drown in the process? This season Into the wild is sherdilon ka manch and yeh koi khel nahi hai!