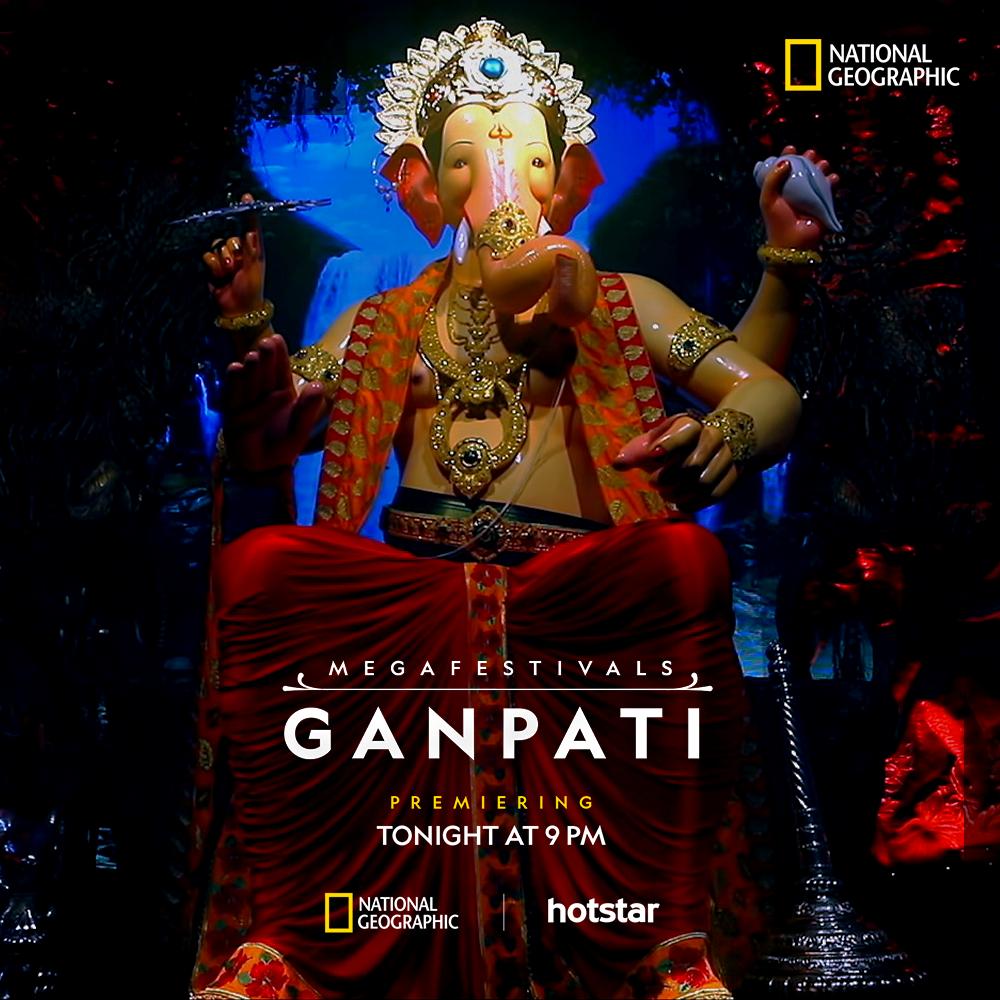 Joy that Ganesha festival brings is something special. Its magic lies in the camaraderie of strangers.

Colour! Music! Dance! Drown out all differences. Ganesh Utsav — Mumbai’s Mega Festival, It’s where a million hearts beat together as if they are your own.

The documentary showcases how the festival is celebrated in Mumbai, with Lalbaugcha Raja being its case study. The film gives the viewers a sneak peek in to the history of this festival as well as how Mumbai’s favourite Ganesh Pandal ‘The Lalbaugcha Raja’ came into existence 86 years after the wish of few shopkeepers & kohli community was fulfilled by Lord Ganesh.

With millions of devotees, comes in millions in donations and for the first time ever on Indian Tv NGC & BanijayAsia get access to a heavily guarded room monitored by cameras and equipped with weighing scales and cash-counting machines.

The Visarjan procession was filmed across nooks & corner of old town Mumbai over 24 hours & focused and captured millions of people who came for this one day to take part in the immersion procession for Lalbaugcha Raja.

A rare sight but true representation of the spirit of Mumbai is narrated in the film by showcasing Hindu – Muslim coming together & celebrating the festival together. The film follows the the Lalbaugcha Raja visarjan procession and his followers as they reach Hindustani Masjid, a mosque at Byculla area of old town, Mumbai. The followers for the first time since they left Lal Baug, stop their celebrations. Everyone listens in silence and respect. A tradition that has been tradition has been followed religiously since the past thirty years. It’s a show of Hindus and Muslims coming together. It’s a show of Mumbai coming together.

The film ends with showcasing how Mumbai which is known as the city that never stops, never sleeps had stopped for 11 days in celebration but got back with double the energy & hope to see their favourite Lord next year soon.