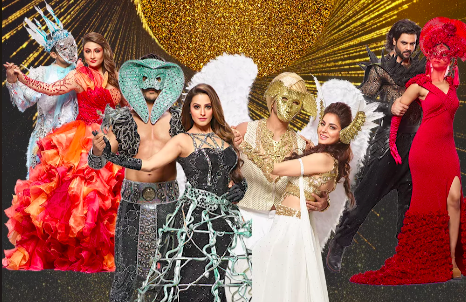 Nach Baliye is a celebrity couple dance reality show. Nach Baliye Season 9 is jointly produced by Salman Khan Television and Banijay Asia. This season is  nothing less than a spectacle for the viewers across the length and breadth of the nation.  For the first time ever in the history of Nach, the viewers will not only see their favourite off screen couples set the stage on fire, but will also witness some of the most popular ex-couples, who have parted ways in their respective relationships will give another chance to each other to mend their relationships through this platform. The show is hosted by Maniesh Paul and judged by popular Indian actress, Raveena Tandon and acclaimed choreographer, Ahmed Khan.